We considered the fascinated case of rook versus two connected pawns in the previous post in our rook endgame series. This time the focus is on the rook versus two isolated pawns ending. Let's get right to it.

In most rook versus two isolated pawn positions the side with the pawns is defending. The further separated the pawns the more difficult it is for the player with the pawns. This is illustrated clearly by the fact that pawns separated by four or more files can't defeat a rook on the 8th rank. 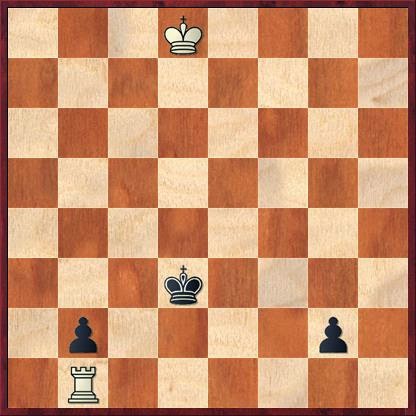 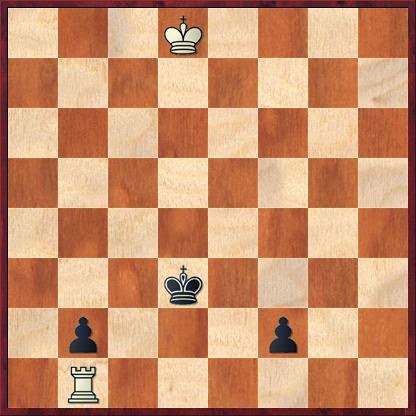 If he knew the drawing method discussed above, white should have been able to draw in the following position that appeared in 2013 in Andreas Walter (2028) - Michael Topp (1978) 0-1

Fig 3. White to Move and Draw! 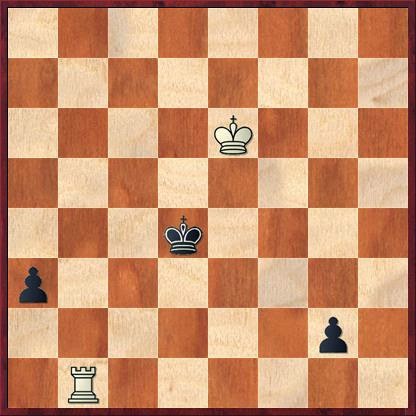 As John Nunn says in Nunn's Chess Endings, vol 2 (2010), most rook versus two isolated pawn endings should actually be played as if they were rook versus lone pawn endings, which means that the player with the pawns needs to focus on drawing with the stronger of his pawns. The player with the rook, by contrast, must avoid being distracted by the weaker pawn. There are cases where this general rule is not true--and they are the more difficult ones to play--but otherwise these ideas are important to keep in mind.

A good example illustrating Nunn's point is the following position discussed in Muller and Lamprecht, Fundamental Chess Endings (2001), which is from the 1995 game J. Piket - V. Salov 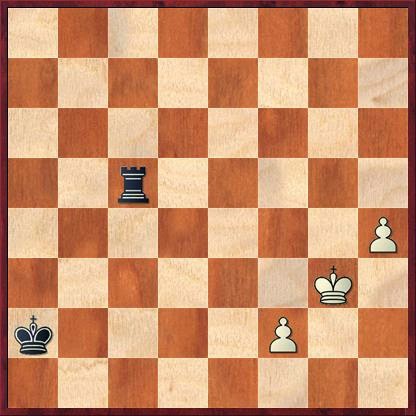 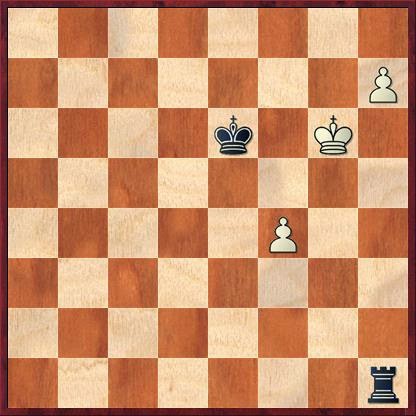 Here black ignores the f pawn, playing 7...Ke7 and stopping white's Kf8 drawing line in the main variation. (It should be noted that 7...Rg1+ also wins.) If 8.Kg7 then 8...Rg1+ 9.Kh6 Kf7 10.h8=N+ Kf6, and we reach a position we have already studied that is winning for black. On it see the discussion of the Thornhallsson - Sadler game in our analysis of the Rook versus two connected pawns ending. If 8.f5, black wins with 8...Kf8 stopping both ...Kg7 and an eventual f8. For a board with these lines go here. 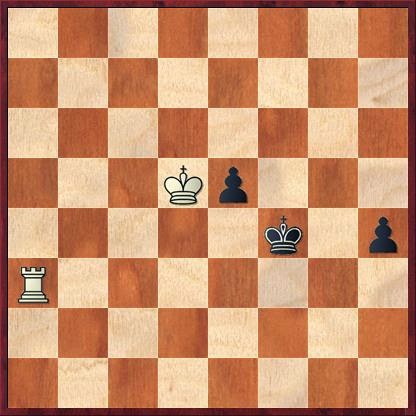 The most difficult positions are those in which the draw requires play with both pawns, as in the following position, which I take from Nunn's Chess Endings, vol 2 (2010) and appeared in Ermeni - Cetkovic in 1991. 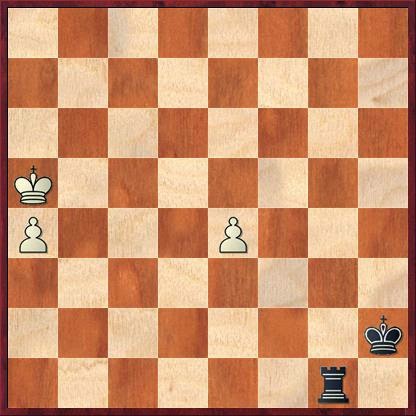 It is occasionally possible for the side with the pawns to win as in the following position, which is from the 2000 game between Bart Timmermans - Martijn De Clerck 0-1. 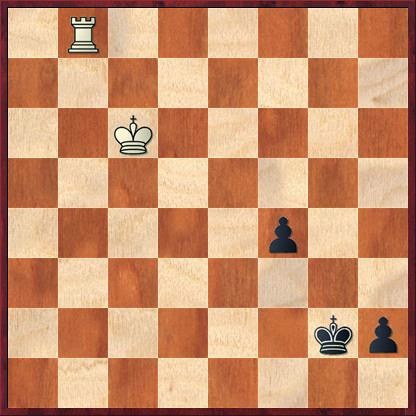 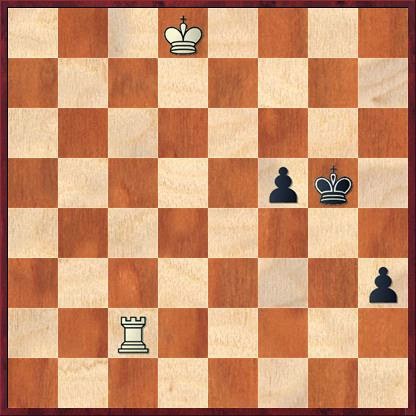 Looking at these last two positions, I think we can deduce the following rule: two isolated pawns separated by one file win when both are protected by the king if the opposing king is unable to help the rook and the sum of the pawns' ranks is six or less when the rook begins checking from behind. Thus a pawn on the 4th and another on the 2nd or two pawns on the 3rd rank win.

What if the pawns are separated by two files? In the case of two files of separation, the pawns can only win if they are both on the third rank or closer to queening. With them both on the third rank, the win depends on how far away the rook's king is and how much checking distance the rook has. In the following position, for example, the side with the pawns is winning. The winning technique is instructive. 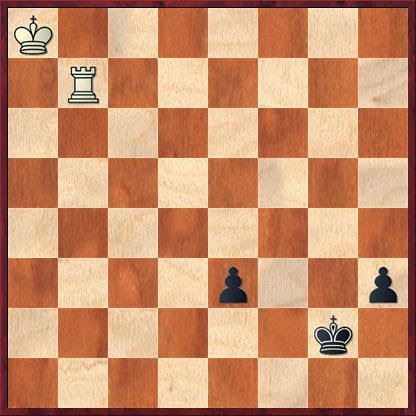 If White has another rank of checking distance, he draws because he has a tempo more than in the above example. 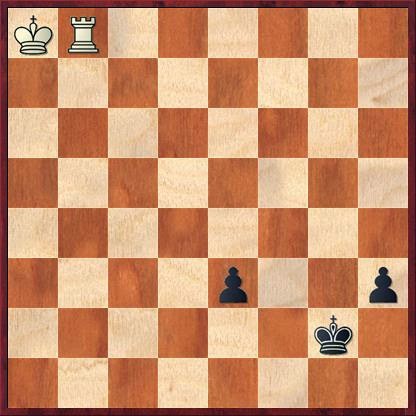 I will not give the moves for this so that you can try to visualize the draw to its end.