Mate in 549 is the latest discovery of the position-crunching supercomputers that calculate tablebases. Tablebases are databases of chess endings that have calculated the optimal moves until a draw or checkmate results. They can be purchased to put on your personal computer. Chessbase, for example, sells a product called "Endgame Turbo" which gives you the solution to all endings with five or fewer pieces and some endings with six pieces on the board. The data for this comes on nine DVDs and occupy 43 gigabytes on your hard drive when fully installed. That may sound like a lot of memory, but the full six piece endgame tablebase requires 1,200 gigabytes. Don't want to pay or clutter your computer with chess moves? You can also plug positions into online tablebase tools to find the chess truth that you seek.

Recently, seven piece tablebases were calculated by a supercomputer at Moscow State University and occupy 130,000 gigabytes. Among the nuggets of chess knowledge uncovered was that the longest forced mate with seven or fewer piece on the board is in 549 moves. Want to try to solve it? The position is as follows: 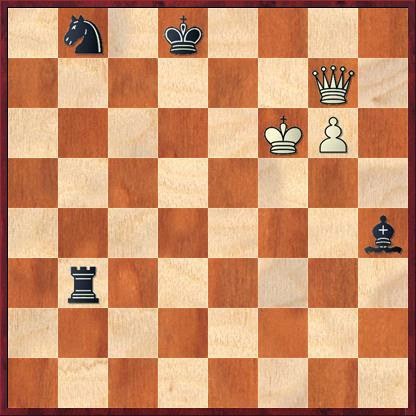 Can't visualize it to the end? Give up? The solution is here.

After seeing this, I can't help but conclude that chess will never be solved. No computer will every play it perfectly, and the royal game will never be exhausted.