In a prior post we examined the key ideas in rook versus lone pawn endings. In this post we will look at some special and complicated cases of this ending. Specifically, we will be looking at the following:


First Case: Where the side with the pawn wins.

In the following case, the side with the pawn wins: 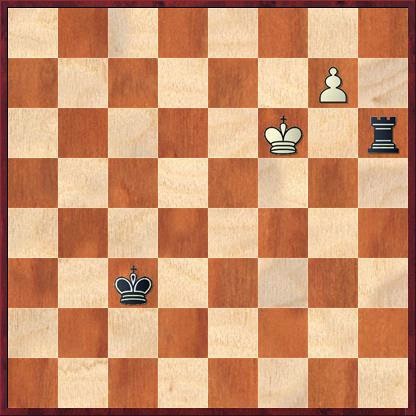 Note that both 1.Kf7? Rh7 and 1. Kg5? Rh1 threatening Rg1 will allow black to take the pawn and draw. Instead, white must play 1. Kf5 and walk up the board until black's rook runs out of room. Thus. 1.Kf5 Rh5+ 2. Kf4 Rh4 3. Kf3 Rh3 4.Kg2 and black has no threats left. Winning requires a bit more finesse in the following position, which is in all of the endgame books. 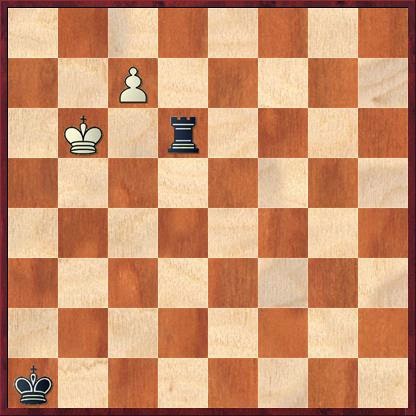 Since this position does not show up once in the nearly 6 million games in my mega database, the practical player need not know it, but if you are interested the solution is here. The position in fig 1 is, by contrast, important to know as it is the building block to understanding more complicated positions. We will see this when looking at endgames in which a rook is fighting two pawns.

Second Case: Where the rook is between the pawn and its queening square and the attacking king on the other side of the pawn.

The following position is discussed in Yasser Seirawan's Winning Chess Endings (2003). White's goal is to win a tempo in such a way as to allow his king to get into play by stopping black from shouldering it out. 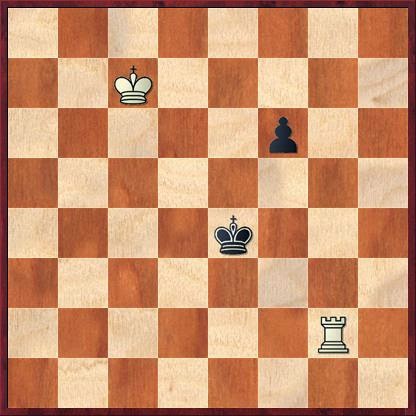 I don't think the Rook versus single rook pawn ending is sufficiently explained in endgame manuals. As far as I know, the issues I discuss below are not mentioned in the chess literature, and the analysis I offer here is original.

There are two subcases.
Subcase 1. Where the Rook Attacks Along a Rank.

In part one of this study of rook versus pawn endings we examined the following position (fig 4, the analysis of which is here) where black must play Kg5 to draw. 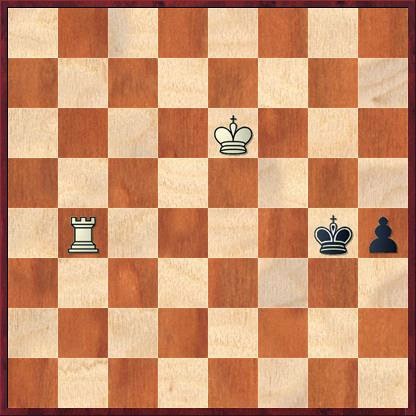 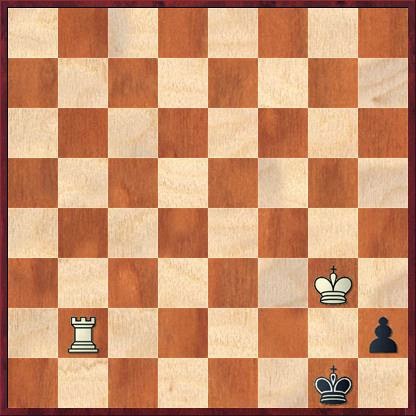 Black loses because 6...h1=N+ 7.Kf3 will result in the loss of the knight. So the key to saving this position for black is to prevent white's king from getting to g3. 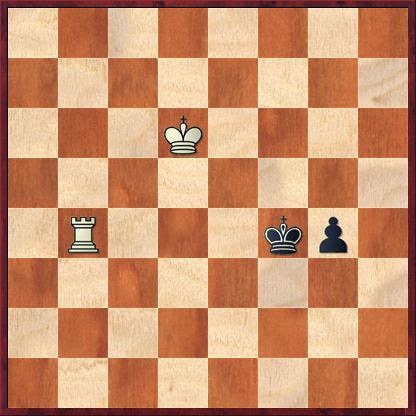 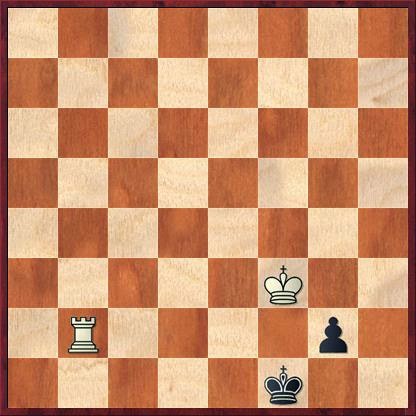 This ending is often misplayed. Here we will look at common mistakes in recent play. 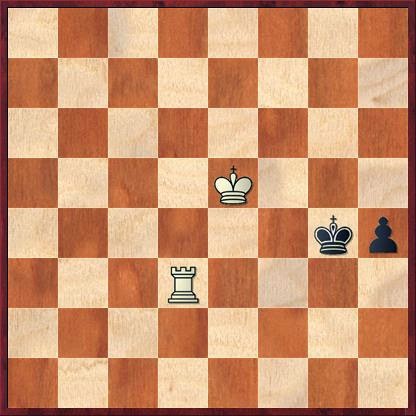 In this case we have effectively the same position, but with colors reversed. Here the attacking side found a different way to throw away the win in Juergen Fritsch (1950) - Roger S Scowen (1883) 0.5-0.5 played in 2014. 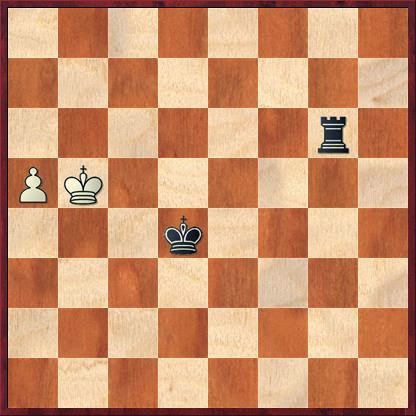 The following, from a game in 2013, is a bit trickier. In the following position white's rook is attacked and cannot safely check the black king from the side. 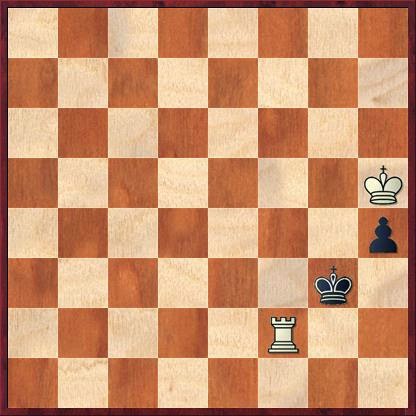 Not impressed by the errors made by these relatively low rated players? The following position, in which the defending side is a tempo ahead of the positions given in fig 8 and fig 9 above, appeared this year in Pia Cramling (2525) - Pontus Sjodahl (2420) 0-1. 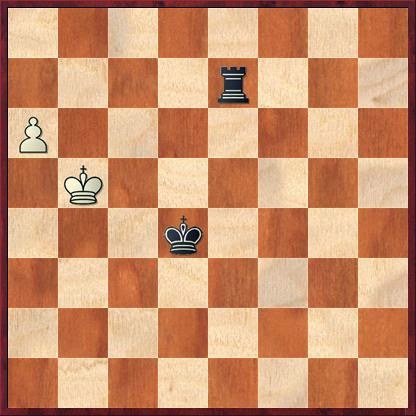 Subcase 2. Where the Rook Attacks Along a File.

In the following case white's winning play is simple: advance the king and then--as per our prior blog posting--play Kg3 when the black King is on h1 and pawn on h2 to prevent stalemate and eventually win the h pawn. 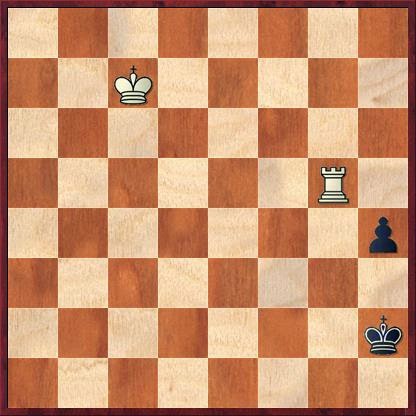 After 1.Kd6 h3 2.Ke5 Kh1 3.Kf4 h2 4.Kg3, we reach our known winning position. Knowing that the attacking side wins in the position in which the king is trapped in front of his rook pawn if it can play Kg3 helps solve other, more complicated problems.

In this case the attacking side needs to push the defending king in front of his rook pawn. 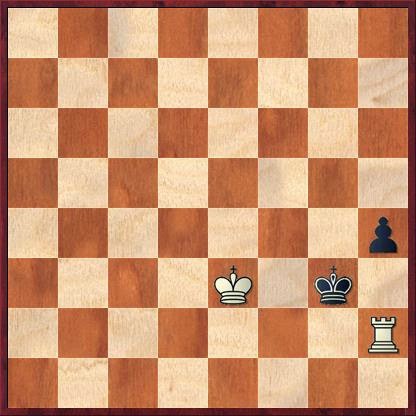 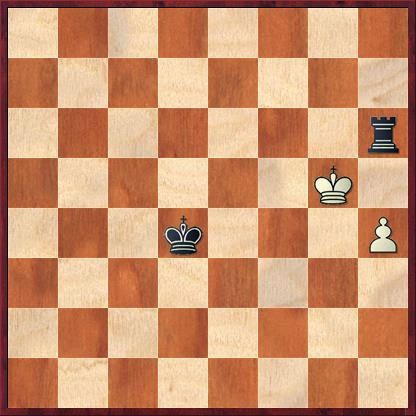 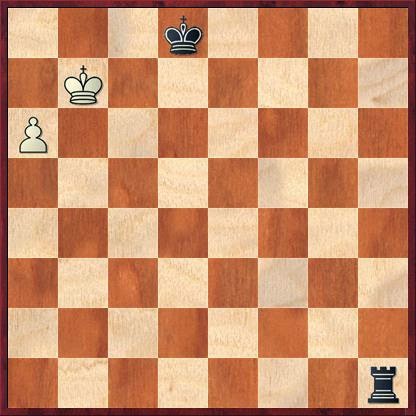 The only move that wins is 1...Rb1+, which was played in Vugar Ural Oglu Rasulov (2457) - Alexander Chudinovskih (2314) (Rijeka, 2010) 0-1. White has two choices: putting his king in front of the pawn, which loses for the  reasons mentioned in our prior example, and 2.Kc6﻿, which loses after 2...Kc8 3.a7 Ra1 4.Kb6 Ra2 after which white is in Zugzwang and loses the pawn.
Note that in this case and the preceding ones when the attacking king is on the side the rook must continue to attack along a file (ultimately the neighboring knight file) and not attack along a rank.

Here we consider the defense of such positions. 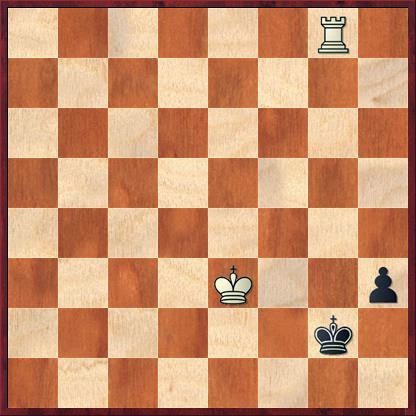 Next: Rook against two or more pawns.