Beating Inferior Openings: The First Installment of an Occasional Series (Meeting 4.Bc4 in the Four Knights)

Cyrus Lakdawala writes in his book The Four Knights: Move by Move that black players who open with 1.e4 e5 2.Nf3 Nc6 are likely to be poorly versed in Four Knights theory because they encounter the Ruy Lopez (that begins with 3.Bb5) more often than the Four Knights that white invites with 3.Nc3. This is simply wrong!

To be more precise, although Lakdawala may be right for master-level games, he is wrong when it comes to rank amateurs (rated 2000 USCF and below). Amateurs often lack either the time or inclination to study opening theory in detail, and when they do it is often because they obsess about one system. (Just think of all the Najdorf and Dragon Sicilian fanatics.) They take shortcuts, and taking shortcuts means deviating early from main lines to cut down the amount of theory that you need to learn. The Four Knights is precisely such an opening. Instead of learning the reams of theory in the Ruy Lopez (not to mention the Petroff), you can just learn the Four Knights. Even better, you can focus your efforts on one variation such as the Scotch Four Knights, and your opening study problems are solved! I don't play the Ruy Lopez (at least not yet!). Instead, I play the Petroff, and in my last thirteen over the board USCF rated games that began 1.e4 e5 2.Nf3 Nf6 white only played the Petroff main nine continuations of 3.Ne5 and 3.d4 three times. White in two of the three games was a class A player, showing that perhaps real attention to opening theory begins in class A. 3.d4 was played only once, and I had seen it so infrequently that I had forgotten the opening theory and lost because of an error in the opening. Five of the thirteen games continued 3.Nc3, inviting a Four Knights, which I played. Four of the games continued with the modest 3.d3, and one continued with 3.Bc4, playing in the style of the Italian Game.

Real Over the Board Tactics

Chess problem books would have you believe that most over the board tactical challenges are about winning a piece of delivering checkmate. More often it is a question of winning a pawn (often with compensation for the opponent--those famous poisoned pawns) or achieving a slightly better position than one would otherwise have. In these cases evaluation is no less important than analysis. The following game ended early because my opponent disconnected, but on the last move I was faced with a difficult problem. What would you play in the following situation? 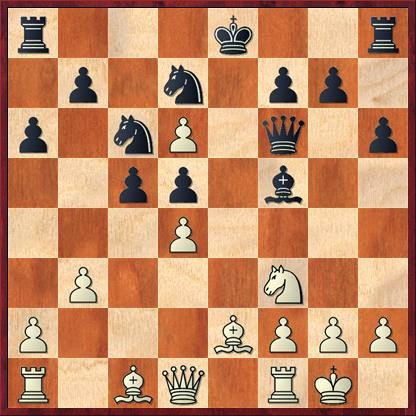 Posted by Sputnick at 9:42 PM No comments:

When your opponent blunders and loses material, he often has compensation in the form of a gain of time or better piece placement. Consequently, it is important to be very accurate when attempting to reel in the point after gaining material. In the following game, my opponent blundered in the opening. After 1. e4 e5 2. Nf3 Nf6 3. Nc3 Nc6 4. Bb5 Nd4 5. Nxe5 Qe7 6. Nc4?? c6 7. Ba4 b5 8. d3 we reached the following position with black to move. How should black capture? 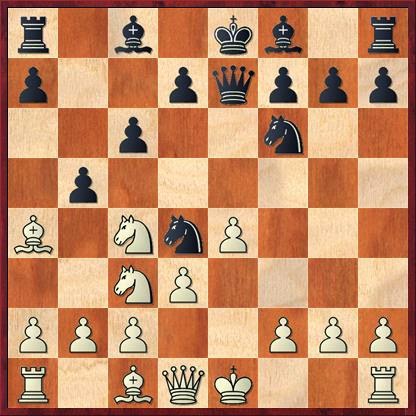 I chose 8...bxa4 on the general grounds that the bishop seemed dangerous on the same diagonal as the king. This is wrong. Concrete analysis is needed. From that it is clear that the knight on c4 is a much more dangerous piece as it threatens to land on the weak d6 square. Further, after bxc4 it will take some work to get the bishop on a4 back in the game.

I won in the end, but a better opponent could have equalized as the following analysis shows: hypernova2-sputnick, 45 45 game on the ICC.

Responding to 1.d4 with the Nimzo Indian and Ragozin.

I am in the process of revamping my opening response to 1.d5. Currently my repertoire consists of the Nimzo Indian and Queen's Indian. I feel that I understand the common themes of the Nimzo very well and have scored accordingly, but the Queen's Indian remains hard for me to grasp. My results in it have not been great either. Since I don't see myself making progress with the Queen's Indian any time soon, I have decided to remove it from my repertoire. Since I want to keep  playing the Nimzo, I have devised a repertoire that combines the Nimzo with the Queen's Gambit Declined. Specifically, it starts as follows: 1.d4 Nf6 2.c4 e6. Now, if 3. Nc3, I play 3...Bb4 the characteristic move of the Nimzo. And if 3. Nf3, I play 3...d5 with the idea of playing a Ragozin variation of the Queen's Gambit Declined, if possible. It looks at the current stage of my research that white can force an exchange variation by playing 4.cxd4, but the exchange variation with Nf3 is generally considered less dangerous. 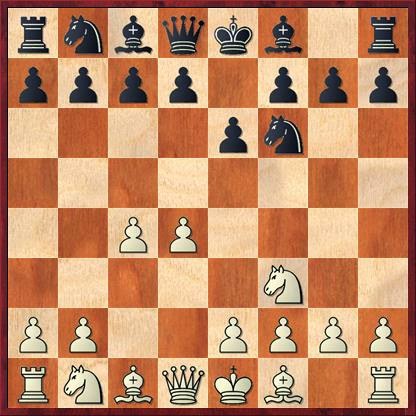 My guess--but my readers can tell me if I am wrong--is that most amateurs who play 3. Nf3 are doing so because they wish to avoid the Nimzo. They probably don't expect to face a QGD after black starts with Nf6 and e6, so you will have them stumped. And, since few opening books cover the Ragozin variation, you might get them out of book very quickly. Of course, they could have figured out these move order issues, in which case the game will be a hard fight--but that is ok as well.

For my analysis of move orders click this link to my QGD-Ragozin-Nimzo Move Order Analysis.