Beating Inferior Openings: 4.Bc4 in the Four Knights Revisited

In his July 2014 ChessCafe.com review of Or Cohen's A Vigorous Chess Opening Repertoire for Black (2013) Carsten Hansen criticizes this Petroff repertoire book for giving three pages to the Four Knights with 4.Bc4?!, which Hansen considers to be a line that "should have received little or no mention." As I have argued in my first posting on this opening, Hansen is simply wrong when it comes to amateur chess. Amateurs need to learn how to refute such lines, which they will see orders of magnitude more often than the latest theoretical lines played by titled players. More to the point are Hansen's other criticisms of Cohen's book, notably its excessive reliance on long lines of computer analysis and its lack of clarity on its intended audience. Cohen's coverage of the 4.Bc4?! variation of the Four Knights is appropriate for rank amateurs, but its long lines without verbal comment are hardly useful for them. Most amateurs below about 1900 USCF need, I humbly submit, analysis like that offered in this blog's coverage of this line: lots of verbal and visual explanation of the most basic issues in an opening.

So what does Cohen have to say about the 4.Bc4 variation of the Four Knights? 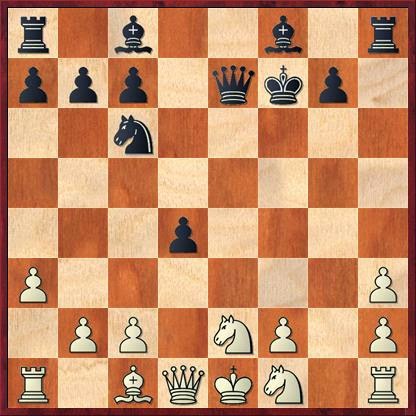 Personally, I prefer the quieter positions that results after 8...Bc5, even if this move is not objectively quite as good. It is also worth noting--and this seems typical of Cohen's analysis--that there are likely improvements for white here. According to the computer, 11.Qd2 is better for white as after 11...Qe7+ he has 12.Kd1, avoiding the traffic jam in Cohen's line.

An important line covered by Cohen is 4.Bc4 Nxe4 5.Nxe4 d5 6.Bb5 dxe4 7.Nxe5 Qg5 8.d4. (I had discussed only the 8.Bxc6+ and the 8.Nxc6 lines in my second posting on this opening.) 8.d4 is undoubtedly objectively best, but in my experience rarely played. Here play continues 8...Qxg2 9.Rf1 and then 9...a6!? (fig 2) in an effort to force the bishop off of the a6-f1 diagonal so that black can win the exchange after playing ...Bh3. I will not give the rest of Cohen's analysis, which is lengthy and nearly without verbal comment. (In any case, remembering the 9...a6 idea is probably all you need here.) Black is substantially better in all lines. 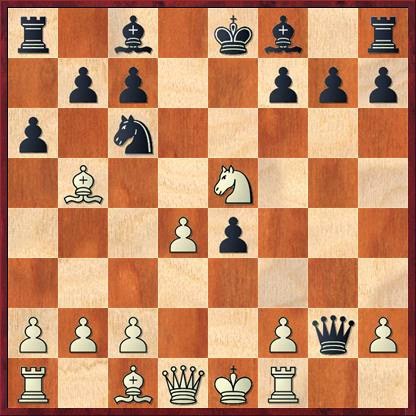 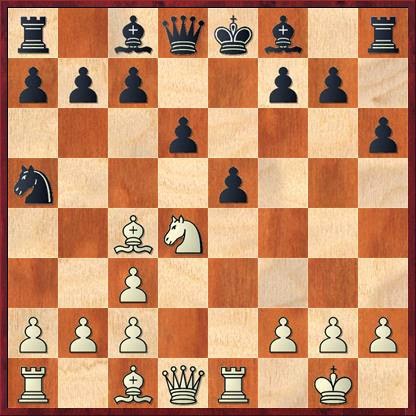 One notable absence from Cohen's book is any mention of Larry Kaufman's inventive answer to the 4.Bc4 Nxe4 5.Nxe4 d5 6.Bd3 line: 6...Nb4!? It shows that Cohen's work is somewhat short of definitive on the 4.Bc4 variation of the Four Knights.

In conclusion, I think Cohen's book is a bit better than Hansen would have it. The seemingly useless analysis of lines like the 4.Bc4 variation of the Four Knights is helpful for "class" players (below 2000 USCF). And, although Cohen surrenders to the temptation to give long computer lines, some of his explanation and analysis of  important Petroff variations is excellent. His discussion of the ideas in the 3.Nxe5 d5 4.Nf3 Nxe4 5.d4 d5 6.Bd3 Nc6 7.0-0 Be7 8.Re1 Bg4  9.c3 variation is, for example, the best I have ever seen, and his analysis of it seems to offer new prospects for the pawn sacrifice and rook lift line that begins with 9...f5 10.Nbd2 0-0 11.Qb3 Kh8 12.Qxb7 Rf6. Petroff players will want to study this book. Although Sakaev's Petroff: An Expert Repertoire for Black is probably better by most standards, Cohen's book is an useful addition to the literature on this opening.